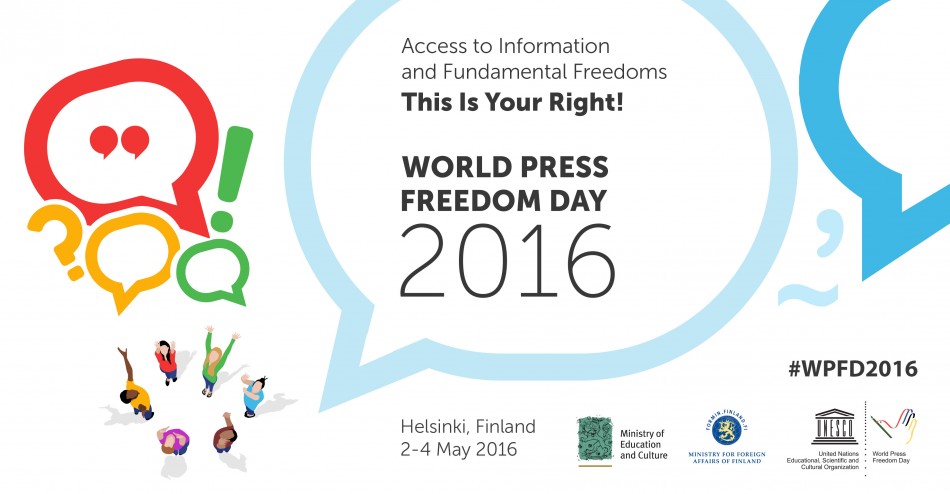 Freedom of Information and Sustainable Development

In its dual dimensions of freedom of information and press freedom, freedom of expression is a right of high significance for other rights, as well as for sustainable development. It contributes to the 2030 Development Agenda’s goal (SDG number 16) to: “Promote peaceful and inclusive societies for sustainable development, provide access to justice for all and build effective, accountable and inclusive institutions at all levels”. In this way, freedom of expression as a whole is vital to achieving SDG target 16.10: “Public access to information and fundamental freedoms”. This highlights the significance of UNESCO’s new International Day for Access to Information, to be marked each 28 September.

Freedom of information defines the degree of openness and transparency within a society. Any limitations on the access to information side of communications, impact on the imparting side, and vice versa. The two dimensions are essential for the full exercise of the right to free expression.

Freedom of information encompasses in the first instance the right to access information held by public bodies, which is conducive to participatory democracies, sustainable development, and good governance. It allows for public scrutiny, oversight, participation, and empowerment. Currently around 90 countries have adopted freedom of information legislation. A contemporary debate on the wider application of the right so as to gain access to public-interest information held by private sector bodies, for example information about carbon emissions which is vital for monitoring efforts to counter climate change.

Press freedom and the related safety of journalists impact directly on the extent and quality of the information environment to which the public has access. Conversely, the better the public access to information, the better the climate for respecting fundamental freedoms, including safety for journalism. These insights are amplified by the emerging digital age. As information becomes more and more a necessity for sustainable development, the right to information, securing press freedom, and ensuring journalism safety become of increasing significance.

In the digital age, press freedom is increasingly challenged with regards to Internet-based communications, where there are growing threats of arbitrarily blocking access to online information, limiting or punishing cyber-expression, and arbitrary intrusions into digital privacy. These impact on people's access to information, as well as on the range of information that gets put online.

The right to privacy is well-established as a precondition for freedom of expression, and for the protection of journalists’ confidential sources. Where journalistic source protection is compromised, there may be cover-ups of corruption, intimidation and exposure of sources’ identities with repercussions on them. In the long term, this can contribute to sources of information running dry and to more wide-spread self-censorship in a society. The legal frameworks that protect the confidentiality of sources of journalism are essential to reporting information in the public interest. However, these frameworks are under significant strain in the digital age, and there is a need to revise and strengthen them - or introduce them where they do not exist.

Surveillance overreach enabled by secret and/or ambiguous laws works against openness and transparency, and may exceed international standards of necessity and proportionality. In parallel, there is a growing debate about data protection and encryption issues. A further issue is search engine listing, in which protection of rights to dignity and privacy is needed, but which also has to be balanced so as not to curtail legitimate public-interest communications. Relevant to understanding these issues is UNESCO’s new concept of Internet Universality, which points to an Internet based on human rights, openness, accessibility, and multi-stakeholder participation.

Assuring the physical and psychological well-being of journalists, including digital security, is one of the most pressing issues in recent times, and it impacts directly on processes around freedom of information, press freedom, and sustainable development.

Technological advances and the rise of citizen journalism have cemented the notion that journalism today should be understood in terms of an activity rather than a status. While not every blogger and social activist engages in journalistic activities, those who do so can often face harassment, threats, and possible imprisonment – akin to journalists working within traditional media.

More and more attention worldwide is being given to the safety of journalists and to ending impunity. Much of this is guided by the global framework of the UN Plan of Action on the Safety of Journalists and the Issue of Impunity, which encourages concerted action by multiple stakeholders. The momentum is evident on the international normative front, with most recently the UN Security Council Resolution 2222, adopted in May 2015, which calls for protection of journalists in armed conflict situations.

UNESCO considers the killing of journalists as the ultimate form of censorship and its Director-General systematically condemns such crimes, and reports on impunity.  The Organization leads global commemorations of the 2 November International Day to End Impunity for Crimes against Journalists, and is working on many fronts to raise awareness, build coalitions, promote research, and share good practices together with its partners. At both global and national levels, awareness needs to be strengthened further: impunity remains a huge problem to tackle, and there is a need to address weaknesses in building institutions to protect journalists and punish perpetrators of attacks.