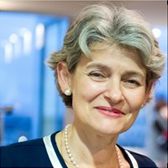 Commencing with an official launch on 31 October 2014, UNESCO will celebrate its 70th anniversary in 2015. Civil society organizations in UNESCO’s Member States are encouraged to organize activities to mark the 70th anniversary of UNESCO and use the UNESCO 70th anniversary logo on the communication materials of those events that they organize.

The logo can be downloaded in any of the six official languages of UNESCO, i.e. English, French, Spanish, Russian, Arabic, and Chinese. The document here explains how these high resolution logos can be used.

The logo, including the entire text on the right side, must be used as it is downloaded. No modification of any kind should be made.

The logo can only be used on the communication materials of those short-term activities that civil society organizations organize to celebrate the 70th anniversary of UNESCO during the official celebration year. The use of the logo should terminate with the end of the activity.

If a publication bearing the UNESCO 70th anniversary logo is produced, it should include, on its legal page, the disclaimer “[name of author or publisher] is responsible for the choice and presentation of views contained in this publication and for the opinions expressed herein, which are not necessarily  those of UNESCO and do not commit UNESCO”.

Under no circumstances can the logo be used on merchandise or for commercial purposes.

After the end of an activity, organizations are kindly asked to complete a report and send it to UNESCO.

For further information, please contact UNESCO at the email address of logo@unesco.org. 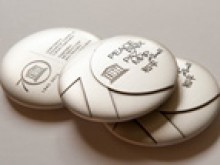