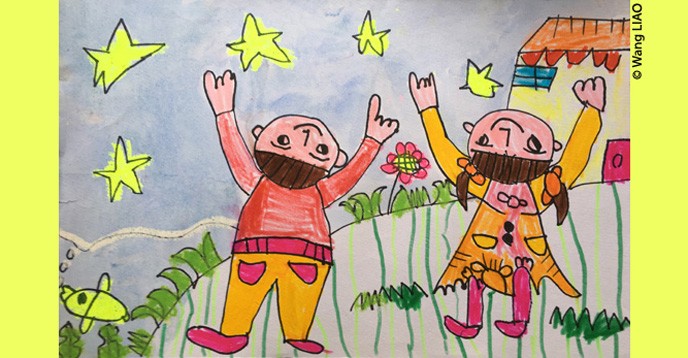 It is, in my opinion, a sign of respect for an absolutely essential freedom not to create in children, at an age when they are defenceless, any conditioned reflex (psychological or otherwise) that they would subsequently be incapable of making disappear.

Respect for this freedom has as a corollary the prohibition against anyone teaching the child anything as an absolute and unquestionable truth that is not recognized as such by the majority of educated adults. This applies to religion as well as history. For example, if most educated adults do not admit that the world was created in seven days, that is an idea that should be erased from the textbooks intended for children and presented only as the opinion of a small group or a folkloric tradition. It is the same for all religious matters (existence and number of gods, etc.).

In the field of history, if at any time a national group devastated another country and if the largest number of educated adults worldwide does not agree that humanity has gained by that particular invasion, then we should not teach children to consider it as an ideal or a claim to fame. That would instill in them imperialism, hatred, and national prejudices.

Hungarian medical scientist and biochemist, Albert Szent-Györgyi (1893-1986) won the Nobel Prize in Physiology or Medicine in 1937, for his discovery of  Vitamin C.