Orient-Occident: a study in ignorance

Are you more intelligent than your parents? kMore tolerant? Do you have a more developed awareness of things? Is your outlook more forthright and independent? Do you think that nations or people in general are more friendly today and that the world is a less incomprehensible place than your elders found it?

All these are questions which one would like to put to young people who talk in an abstract way about progress. For the images and ideas which the word Progress seems to evoke nowadays are increasingly vague and obscure. Most of the younger generation recognize, of course, the existence of progress in technology, science and medicine. Only a minority believes in ethical progress or if others do believe in it they are afraid to say so.

As for progress in art, philosophy and literature, this is an even more difficult theme. For we have got into the habit of describing progress in statistical terms, of illustrating development by charts and some subjects simply do not lend themselves to such interpretation. It is easy to point to the steadily increasing output of literature, music and painting and to the hundreds of millions of readers. But it is impossibe for us to say whether the books are better, the pictures finer and the readers more perceptive; indeed, the very question lacks meaning.

One day an attempt may be m|ade to assess the results of the Major Project launched by Unesco in 1957 to promote the mutual appreciation of Eastern and Western cultural values. It will be asked, for instance, whether the English or more particularly the younger generation in England now know more about the cultural values of the Chinese, and appraise them with more perceptiveness and friendly understanding, and vice versa. Ingenious methods and infinite patience will need to be applied here. Meanwhile we may perhaps begin to draw a general, and let us hope, credible picture of the progress achieved. 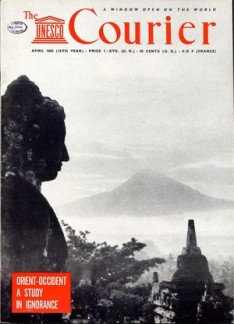