"At least 15 million people suffer from infectious tuberculosis today. The disease still claims more than three million lives each year... in nearly all economically-developed countries, the number of sufferers has not declined as nearly as rapidly as the number of deaths, and tuberculosis remains a grave problem. In the world as a whole, between two and three million new cases occur each year..." These warning words by Dr. M.G. Candau, Director General of the World Health Organization, explain why the theme chosen for World Health Day 1964 (April 7) is "No Truce for Tuberculosis".

On the following pages The Unesco Courier retraces the long history of tuberculosis and the efforts to find curative and preventative medicines. Also described are the powerful new drugs and infection control methods which can be used to defeat tuberculosis and eliminate it as a public health problem. Because, as Dr. Candau has also pointed out, "for the first time in man's history we now possess effective weapons with which to fight tuberculosis."

Read this issue.Download the PDF. 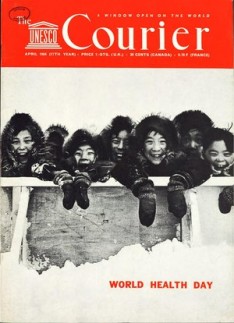