The Body and the self

In the normal way of things most healthy adults hardly think twice about their bodies until some kind of accident, breakdown or illness suddenly reminds them that they have one. Then they send in the artillery doctors, analysts, medication with orders to put things right. When the machine has been patched up, they forget about it again.

Yet when they really think about it, they realize that life and body are inseparable, bound together in a singular partnership. The body is inhabited by consciousness, but this consciousness does not exist outside its physical envelope. Life is a marriage, for better or for worse, between the two. Divorce is out of the question.

People who know that this is so and yet continue to pay no attention to their body or treat it badly, undermine the body's integrity and in so doing disturb the subtle rhythms and necessary harmonies between mind and body. They are the victims of a self-inflicted wound. How can people achieve a creative unity based on harmonious relations between body and consciousness, matter and mind? These questions have intrigued philosophers and theologians for thousands of years and are of growing concern for doctors, psychologists and psychotherapists today.

This issue of the UNESCO Counerattempts to give some idea of the variety and complexity of the answers that have been offered, particularly highlighting their strong cultural, philosophical and religious overtones. Differences in approach arise largely from what is meant by the notion of consciousness in different traditions of thought.

For some monists, consciousness is simply the highest, most refined form of the organization of matter. They would define the relations between physical and mental phenomena experimentally and rationally, using methods of scientific analysis.

Dualists, on the other hand, believe that there is an irreducible distinction between mind and matter. There is a difference in kind between the physical, perishable body and the immortal soul, which, though joined to the individual, is part of a transcendent reality and is accountable to a divine authority. To contribute to the soul's salvation the body must submit to God's commandments, which may, depending on the scriptures and the way they are interpreted, sometimes exalt sensual experience and sometimes disparage it.

A person can also be seen as a triad: a "gross body", a "subtle body" (or mind) and a cosmic substance, the Spirit. The Spirit, the ultimate level of reality, can be metaphorically compared to a single, infinite and eternal Energy. The gross body and the subtle body are provisional forms that partake of this Energy. Like ocean waves, they are born, grow and fade away without ever ceasing to be part of the ocean. The meaning of life is accomplished insofar as everyone, crossing the gross and subtle body's successive frontiers, returns to their infinite nature, rejoining the ocean's reality.

Mind and body have much to say to each other. As long as they stay on speaking terms. 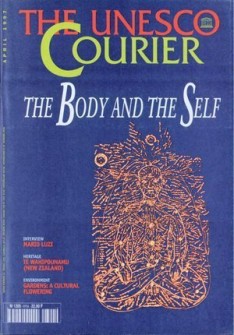