Over 600,000 acres of hot desert in Pakistan cleared and brought into cultivation; a modern newsprint mill put into operation in Chile ; dredging operations which have doubled the size of ships able to enter the port of Bangkok in Thailand; a giant hydro-electric power plant on the Danube, less than a hundred miles from Vienna; nearly 2,000 miles of motor highways being modernized in Colombia's Andean ranges; a giant steel mill which will add 400,000 tons a year to Japan's steel production.

These are only a handful of the development projects made possible through recent loans extended by a Specialized Agency of the United Nations the World Bank. Officially known as the International Bank for Reconstruction and Development, the World Bank was established in June of 1946 with 38 nations. It now has 67. Its aim is to develop the resources of its member nations, increase the standards of living in under-developed areas, and bring about a healthy balance of world trade, guiding international investments into the most productive fields.

Certain basic economic problems inadequate transportation, lack of electric power, the need for agricultural machinery and general agricultural development (flood control, irrigation, land clearance, for instance) are common to many countries. The World Bank concentrates on loans to help wipe out these obstacles. And from tiny El Salvador to giant India these loans are at work daily.

Since beginning its operations in the difficult period following World War II, the Bank has helped member nations to add almost ten million kilowatts to the electric power capacity of the world. It has financed some fifty railway, road and port improvement schemes and the expansion of three international airlines. All told, the World Bank has made 204 loans to 47 countries in the past twelve years for a grand total of just under $4,000,000,000.

For each loan project, teams of Bank experts carefully check the plan and all its ramifications before the loan is actually granted. For the great. Kariba Dam project in Africa, for example, experts spent the better part of two years studying the Federation of Rhodesia's basic problems and economic development before the Bank's loan of $80 million was finally accorded.

By concentrating on fundamental projects such as agriculture, transportation and electric power, the Bank is helping to build a solid floor under the economies of almost half a hundred nations of the world. Although universal economic development will require many years to achieve, World Bank aid is a proven step toward that goal. The Unesco Courier presents a few projets which indicate the scope and purpose of World Bank operations.

Read this issue.Download the PDF. 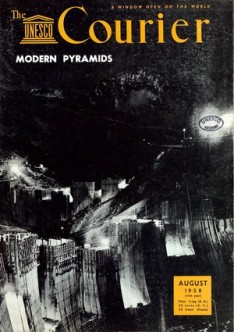