Fifty million unemployed, 300 million underemployed, one thousand two hundred and fifty million new jobs required by the year 2000, including one thousand and sixty million in the developing worldthese cold, impersonal figures supplied by the Statistical Department of the International Labour Organisation reflect a burning human problem on a worldwide scale. Horrifying as they are, the figures for unemployment do not reveal the whole picture since they include only those people looking for work who are registered with national employment services.

The magnitude of the underemployment problem is also almost certainly understated and in the developing world In particular many kinds of work yield incomes insufficient to enable the working poor to meet their basic needs. Among the hardest hit are the young, first-time jobseekers and women. 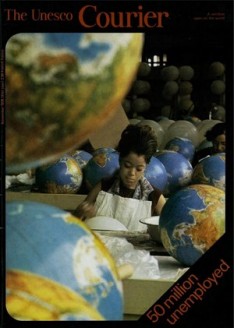