The men of our time have been constantly preoccupied with the problem of confronting Eastern and Western cultural values and of finding a basis for fuller understanding between the peoples of these two parts of the world.

The changes which have taken place in recent years in the relations between these two groups of peoples in every sphere, and the need recognized -by all nations to live together and to give to their peaceful relations a spiritual foundation without which they cannot be secure have further emphasized this important trend and led to a restatement -of the terms of the problem.

Mutual understanding between Orient and Occident stands on the borderline between two categories of questions: questions of cultural values, which have a relatively stable content; and problems of relations between peoples, whose terms and psychological conditions are in full process of change.

Under its Major Project for the mutual appreciation of Eastern and Western cultural values, Unesco's work therefore falls into line with an already powerful movement to which it offers a focus and a frame of reference. It takes care not to separate artificially the two categories of cultural and psychological questions. And it calls the most enlightened men of East and West to a work of joint reflexion; their presence at the same discussions and study meetings, in an atmosphere of complete intellectual freedom, demonstrates the "mutual" character of the appreciation Unesco seeks to develop. The spirit may be seen both in the meetings or other initiatives arranged under Unesco's own programme, and in those sponsored by its Member States. The same principles are involved: to promote intensive study of questions with a general bearing and to direct men's minds towards sympathetic understanding of foreign realities, an understanding often obstructed by prejudice or resentment.

The Unesco Courier has devoted several issues in the past to the East-West Major Project of Unesco and to the mutual appreciation of cultural values (see particularly June 1956; January, June 1957; April, June 1958). The present issue is a further attempt to present some of the important problems which face us today on this question and to survey a few of the activities to which Unesco attaches particular significance. 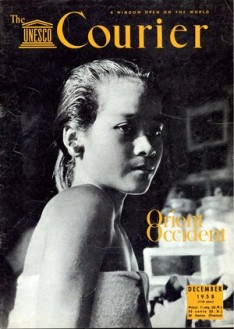