At a Unesco meeting in Moscow, twenty-two scientists drew up and unanimously adopted, on 18 August 1964, a 13-point statement on the biological aspects of the race question. This is a document of paramount importance.

The undersigned, assembled by Unesco in order to give their views on the biological aspects of the race question and in particular to formulate the biological part for a statement foreseen for 1966 and intended to bring up to date and to complete the declaration on the nature of race and racial differences signed in 1951, have unanimously agreed on the following :

The biological data given above are in open contradiction to the tenets of racism. Racist theories can in no way pretend to have any scientific foundation and the anthropologists should endeavour to prevent the results of their research from being used in such a biased way as to serve non-scientific ends.

Discover other issues and articles on Racism in the UNESCO Courier. 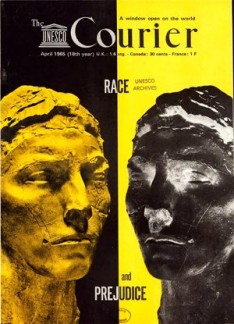